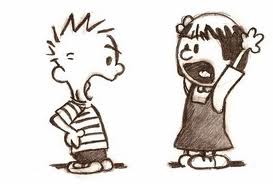 I’m a little late on this.  I meant to post on this last week, closer to the anniversary of the monumental decision, but alas, the technical wizardry required to bring you the clips below were beyond my meager ability.  It took a bit of time to accomplish.

Anyway, I still feel the same about this debate as I did 6 months ago, 6 years ago and as a Sr. in college.  I really, honestly feel that America is much more in agreement than disagreement on the topic of abortion. For example, Gallup had a poll in 2011:

I’m afraid the debate has been taken over and dominated by the extremes.  The extremes of both sides.

As a conservative and a Christian, I can understand where “my guys” are coming from and it’s easy to identify the crazy and disregard them.  But for the life of me, I just don’t get the far left and their position on the defense of every single aspect of the abortion debate.

Anyway, when it comes up, I always think of these two scenes in an episode from “Boston Legal”.

The context, of course, is a liberal law firm in Boston.  One of the named partners however, Denny Crane, is a staunch republican and often caricatured as such.  The show is a sounding board for liberal issues, when the show is about issues.  However, it’s more often than not funny and entertaining.

Anyway, in this episode, the two main liberal attorneys are faced with a dilemma; a 15 year old girl is seeking a court override of the parental consent required for an abortion.  The attorneys, normally in favor of such laws, take the case.  However, the scene turns complicated when the intent of the girl is not so much that she doesn’t wanna have a child, it’s that she doesn’t wanna have a daughter.

This creates a moral dilemma played out here:

In my experience, it’s spot on.  To the extreme supporter of Roe, it’s not so much the support of what’s going on, as it is the absolute critical nature of the ruling itself.

Notice the hint at the “beginning of life” thing.

This entry was posted in Liberty, National and tagged Freakonomics, Row vs. Wade. Bookmark the permalink.