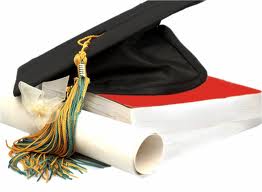 Our new governor, Pat McCrory, made some news this past week when he commented on higher education, and some majors, in North Carolina:

On the show, McCrory said “educational elite” had taken over, offering courses that have no path to jobs. He said he instructed his staff Monday to draft legislation that could alter the state money that universities and community colleges receive “not based on how many butts in seats but how many of those butts can get jobs.” (Listen to the audio here.)

The governor joined Bennett in criticizing certain academic areas, such as gender studies and philosophy. When Bennett made a crack about women’s and gender studies at nationally ranked UNC-Chapel Hill, McCrory said, “If you want to take gender studies that’s fine, go to a private school and take it. But I don’t want to subsidize that if that’s not going to get someone a job.”

In typical fashion, the response from the University:

In any event, the general response to push-backs like these are:

McCrory’s comments on higher education echo statements made by a number of Republican governors – including those in Texas, Florida and Wisconsin – who have questioned the value of liberal arts instruction and humanities degrees at public colleges and universities.

Sign me up as one of those question that value.

I went to the University of Minnesota’s Institute of Technology.  We openly mocked the general population at large, the CLA’ers – College of Liberal Arts. *  The idea being that the truly rigorous study took place in the hard sciences and not the softer social ones.

Now, do I think that the knowing of things “softer” is valuable?  Sure, to a degree.  I think it rounds a person out, I think it contributes to their awareness of themselves and of others.  But when I hire, I hire on the basis of the hard sciences; computer science, math, engineering.  And given equal qualifications in such, I may give the nod to the more generally rounded individual.

In a larger point, is there room for the PhD in Scandinavian  Art History?  Sure, but in what quantity?

Finally, I’ll leave you with this.  The cry from the left has been that of wage inequality.  All the while claiming that education should be valued for its own merit; career be damned.  So, it’s one or the other.  If education has merit on its own, then so be it, study your philosophy, your women’s studies and your art appreciation.  Just don’t come bitching to me when you find that no one is willing to pay you for those services.

* Full disclosure, I graduated with a degree in Mathematics, a minor in Philosophy and a teaching license.