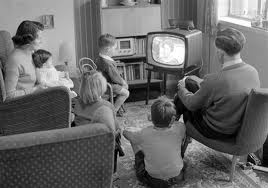 Perhaps this is simply a myth.

Don Boudreaux and Mark Perry weigh in over at the Wall Street Journal:

A favorite “progressive” trope is that America’s middle class has stagnated economically since the 1970s. One version of this claim, made by Robert Reich, President Clinton’s labor secretary, is typical: “After three decades of flat wages during which almost all the gains of growth have gone to the very top,” he wrote in 2010, “the middle class no longer has the buying power to keep the economy going.”

This trope is spectacularly wrong.

Don and Mark touch on a point that I often make:

…this wage figure ignores the rise over the past few decades in the portion of worker pay taken as (nontaxable) fringe benefits. This is no small matter—health benefits, pensions, paid leave and the rest now amount to an average of almost 31% of total compensation for all civilian workers according to the BLS.

That’s not an insignificant amount.  I often hear that compensation for health care shouldn’t count, after all, why should the worker have to accept ever increasing costs of fixing a broken leg?  A response to which I ask, “Would you be willing to give up that health insurance?”

Always the answer is no.

However, they point out a concept that I often miss:

One underappreciated result of the dramatic fall in the cost (and rise in the quality) of modern “basics” is that, while income inequality might be rising when measured in dollars, it is falling when reckoned in what’s most important—our ability to consume.

I absolutely think it’s critical to include in these conversations what we are able to consume today as opposed to 30 years ago.

Despite assertions by progressives who complain about stagnant wages, inequality and the (always) disappearing middle class, middle-class Americans have more buying power than ever before. They live longer lives and have much greater access to the services and consumer products bought by billionaires.

This entry was posted in Economics, Economy, Middle Class and tagged Wage Stagnation. Bookmark the permalink.