On the Importamce of Relative

This from the local news here in Raleigh:

Raleigh, N.C. — A blast of arctic air that could push temperatures down to the teens in some spots around the Triangle will arrive by midweek.

The frigid blanket, which is moving into the United States from Canada, already wrapped around the northernmost part of the country on Saturday, causing a dramatic drop in the mercury.

The forecast for the week? 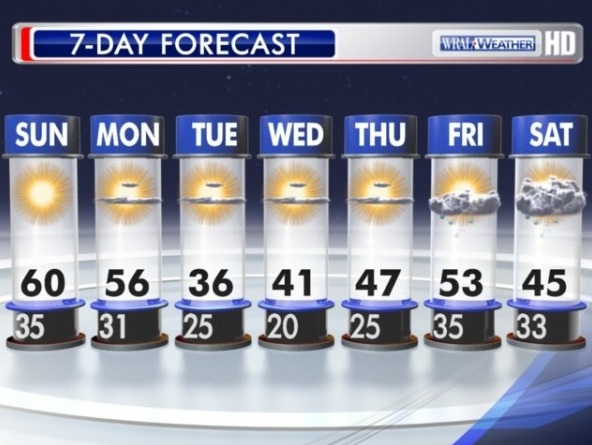 The highs are never below freezing; most are above 45.  None of the lows are cold enough to allow for good conditions while organizing a game of pond hockey.

In fact. the lowest low is fully 40 degrees higher than the temperatures I endured while waiting for the bus at the bus stop.

How many people can honestly say they know what 20 below feels like?

This entry was posted in Climate Change, Life and tagged North Carolina. Bookmark the permalink.

3 responses to “On the Importamce of Relative”