The Lunacy That Is Over Reaction 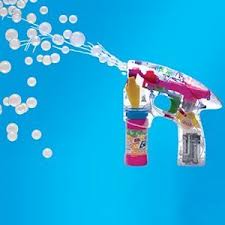 A 5-year-old Pennsylvania girl who told another girl she was going to shoot her with a pink toy gun that blows soapy bubbles has been suspended from kindergarten.

Her family has hired an attorney to fight the punishment, which initially was 10 days but was reduced to two.

Ficker says the girl didn’t even have the bubble gun with her and has never fired a real gun. He says she’s “the least terroristic person in Pennsylvania.”

Thoughts, in no particular order:

This entry was posted in Government, Idiots on Parade and tagged Bubble Gun, Gun Control, Public Education. Bookmark the permalink.

2 responses to “The Lunacy That Is Over Reaction”