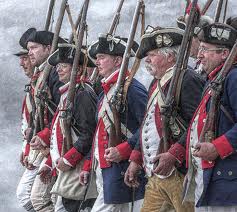 2 responses to “On Guns, Defense and Militia”