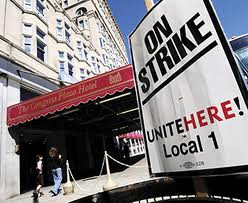 4 responses to “The Corrosive Impact Of Unions In Action”