The Slow Decline Of GM 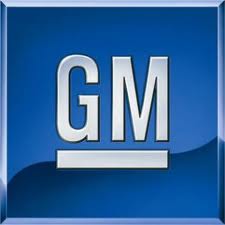 The whole of the rust belt went for Obama.  The auto states have long been democratic strong holds and no matter what happened to GM they likely would have supported Obama.  However, Ohio has a history of swinging and was in play November 5th, 2008.

And Obama knew this.

So, when faced with the dilemma that was the failing corporations, GM and Chrysler, he made the political play to bail the companies out with government money giving a huge gift to his political allies; the auto unions.

After this move, the companies failed anyway and they both went through bankruptcy where Obama continued his assault of reasonableness and simply ignored well established bankruptcy law.  He paid the unsecured creditors first which benefited the very voters he would need later in 2012.

But Romney, back in 2008, wrote an Op Ed for the NY Times where he called for the managed bankruptcy of the two companies , not a bailout.  Here’s what he said:

IF General Motors, Ford and Chrysler get the bailout that their chief executives asked for yesterday, you can kiss the American automotive industry goodbye. It won’t go overnight, but its demise will be virtually guaranteed.

Without that bailout, Detroit will need to drastically restructure itself. With it, the automakers will stay the course — the suicidal course of declining market shares, insurmountable labor and retiree burdens, technology atrophy, product inferiority and never-ending job losses. Detroit needs a turnaround, not a check.

(Reuters) – Ford Motor Co, which clung to the road with a timely swerve before the 2009 crisis that bankrupted General Motors Co, may now be pulling a similar stunt in Europe.

The Dearborn, Michigan-based automaker is scrapping three European plants and thousands of jobs while its rival appears to be stuck on the starting grid. The speed of Ford’s restructuring plan – and the comparatively slow pace of GM’s – has become more important during a protracted slump in Europe’s auto market, with sales down another 7.2 percent so far this year.

Both companies unveiled hefty third-quarter losses in the region and warned they could lose a combined $6 billion or more in Europe in 2012-13.

The bad news weighs heavily on GM’s troubled Opel unit, which has lost billions of dollars over the past decade, has a long history of ill will with its labor unions, has seen its products and brand image pummeled in the media and has shown the door to all but a handful of its top executives.

More than anything, however, the cost of making cars is simply too high, with too many workers still on the payroll given sagging demand in most of western Europe.

Ford, quick and nimble – able to respond to changing needs – is outpacing the “saved” company that Obama “saved.”

By 2009, the company was solid enough to stay afloat as GM took a government bailout and Chrysler was sold to Fiat – both through Chapter 11 bankruptcy proceedings.

“We track how we’re performing versus Ford very closely and we’ve got a good understanding of the gap,” GM’s U.S. finance chief Chuck Stephens told reporters and analysts this week. “Obviously it’s widened thus far this year. Ford is about two years ahead of us (in) getting scale on global architectures.”

Ford’s lead over GM is closer to four years in the European restructuring stakes. And even then, Bochum’s 2017 closure should not be taken for granted, some observers warn.