The Middle Class: Definition and Status 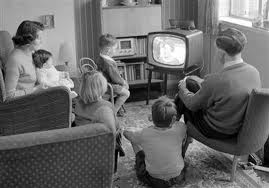 For a long time now, and especially since the recession of 2008, there has been discussion surrounding the the middle class.  Specifically how that group of Americans are doing.  I admit that I’m late to the game, but I have been very interested in this topic.

One of the most frustrating aspects to looking at this subject is that there isn’t a clear and definite definition of what the middle class is.  Who’s in, who’s out.

For a number of people the middle class represents an idea.  The idea that you can own your own home, send your kids to college and put a little bit away for retirement.  If that sounds familiar, it should.  This is how the president carves out his vision of the middle class.  And while I don’t necessarily disagree with this campy, it doesn’t satisfy my desire for a hard definition.

I think I’ve finally found one:

The middle-income tier—defined in this Pew Research analysis as all adults whose annual household income is two-thirds to double the national median.

In dollars and sense, this comes out to:

The new study reviewed 2010 data from the Census Bureau and Federal Reserve, defining “middle class” as the tier of adults whose household income falls between two-thirds and double the national median income, or $39,418 to $118,255 in 2010 for a family of three.

Note the definition includes household size.  In this case, the household size is 3.  This would include both configurations; two adults and one child or one adult with two children.

As expected, the Pew Report paints a depressing view from the middle:

Since 2000, the middle class has shrunk in size, fallen backward in income and wealth, and shed some—but by no means all—of its characteristic faith in the future.

Is this really true?

I haven’t taken the time yet to read the report, it came out only today, but I’m very interested to see how they ran the numbers and came to their conclusion.  For example, the Associated Press article makes this point:

However, no attempt has been made, that I’ve yet seen in my scanning, that would take into account a possible morphing of that middle class family structure.  In other words, how many families in 1971 fit into the 2 adults 1 child version of the family of three and how many fit into the 1 and 2 version?  Clearly a family consisting of 2 working aged adults is going to have a higher income than a family consisting of only one such adult with not one, but two children to care for.  Daycare alone is going to be double if even the two parent family has daycare expenses.