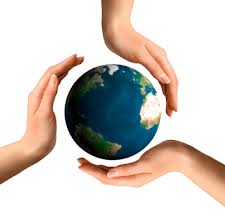 For a long time now we’ve know that religious belief, political affiliation and charity correlate.  Certainly correlation isn’t causation but it does provide for interesting conversations.  Which brings me this story:

BOSTON — A new study on the generosity of Americans suggests that states with the least religious residents are also the stingiest about giving money to charity.

Like I said, this is well known and not surprising.  I would like to say that freedom loving individuals intuitively know that we need to care for our neighbors, but that legalized theft is not the way to do it.  However, I don’t think most people think it through like that.

But it would be fin to try and explain this:

The study released Monday by the Chronicle of Philanthropy found that residents in states where religious participation is higher than the rest of the nation, particularly in the South, gave the greatest percentage of their discretionary income to charity.

The Northeast, with lower religious participation, was the least generous to charities, with the six New England states filling the last six slots among the 50 states.

The study also found that patterns of charitable giving are colored in political reds and blues.

Whatever the reason, I think it has to do with how the brain works.  For example, there are studies that show people who “be green” are then more likely to be rude or less moral; at least for a time.  Scientist feel that by contributing to the health of their plant, that “need” in their mind has been met and they are now free to act less charitable.

In fact, I’ve always felt that liberals aren’t less generous, they simply feel that government is their charity.  I honestly feel that when a liberal lawmaker is successful in voting for someone else to build a school for the poor with someone elses money, they feel the same sense of accomplishment that someone who volunteers for Habit for Humanity and actually swings the hammer that builds the school, or house.

Not surprisingly I’m often called out for this line of “garbage” and am told that I’m simply looking at it through too simply and too bias a lens.  Perhaps.  Tribalism is tough and resentment is an unattractive date.  Which is why I was surprised to see this:

Alan Wolfe, a political science professor at Boston College, said it’s wrong to link a state’s religious makeup with its generosity. People in less religious states are giving in a different way by being more willing to pay higher taxes so the government can equitably distribute superior benefits, Wolfe said. And the distribution is based purely on need, rather than religious affiliation or other variables, said Wolfe, also head of the college’s Boisi Center for Religion and Public Life.

Wolfe said people in less religious states “view the tax money they’re paying not as something that’s forced upon them, but as a recognition that they belong with everyone else, that they’re citizens in the common good. … I think people here believe that when they pay their taxes, they’re being altruistic.“

No one likes to pay taxes and even democrats avoid it when they can.