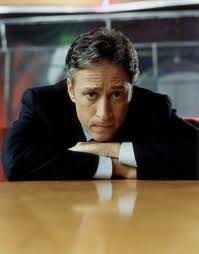 As is my habit, I record the Daily Show and watch in batch.  Most enjoyable.  Imagine my excitement when I hit on this episode.

When Harry Reid made the claim that Romney hadn’t paid his taxes in 10, years I called shenanigans and claimed that he was in in Birther territory.  I was SO wrong that my main man Jon Stewart agrees with me:

Now, with that said, I wonder why he isn’t releasing them.  I also wondered why Obama didn’t release his birth certificate.  Maybe, deep inside, I’m hoping for the stand up and cheer moment when a candidate, when asked if he has ever smoked weed, played D&D made a mistake when he was 13 would say, “None of your business.  I’m here to run a country and that isn’t relevant to the conversation.”

However, this is politics, and like it or not, by refusing to release how much money he makes he’s giving the impression that there is something wrong.

But for tonight, I’m happy to listen to Jon Stewart take Harry Reid to task for being a birther.