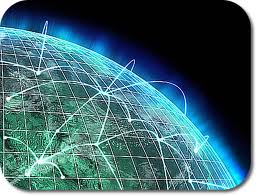 You might have heard by now that Obama gave a speech in Virgina.  And in that speech he made a statement.  He made a statement that individuals can’t claim credit for their successes.  Rather, they must acknowledge that what they have labored to craft is the result of the collective.  And, more importantly, that leading the way is the government.  After all, it invented the internet.

Most people give credit to the invention of the internet to ARPANet, a DOD agency.

The Advanced Research Projects Agency Network (ARPANET) was the world’s first operational packet switching network and the core network of a set that came to compose the global Internet. The network was funded by the Defense Advanced Research Projects Agency (DARPA) of the United States Department of Defense for use by its projects at universities and research laboratories in the US. The packet switching of the ARPANET was based on designs by Lawrence Roberts of the Lincoln Laboratory.

But did ARPANet really invent the internet?  Not so fast say some:

In February of 1966 I initiated the ARPAnet project. I was Director of ARPA’s Information Processing Techniques Office (IPTO) from late ’65 to late ’69. There were only two people involved in the decision to launch the ARPAnet: my boss, the Director of ARPA Charles Herzfeld, and me.

Numerous untruths have been disseminated about events surrounding the origins of the ARPAnet. Here are some facts.

But if ARPANet didn’t create the internet, who, or what, did?

On further analysis we come up with at least five distinct theories, each of which can be credibly discussed. We state from the beginning that we do not personally see the theories as mutually exclusive – we have for many years believed in a multiple origins theory rather than a single point of invention one.

But the theories which need to be examined are:

All five theories are interesting.  Personally, I find theory 1 and 3 the most compelling with theory 3 possibly encompassing theory 3 almost completely.  Digital transmission and switching was accomplished in 1962, seven years before ARPANet claimed that accomplishment.    Further, the languages of the internet, C and Unix, were developed not by ARPANet but by AT&T.

In any event, what we CAN conclude is this:

So then, where and when did the Internet begin? The only thing historians seem to agree on is that it was not 1969, or the Pentagon, (or for that matter Al Gore). From there on, there is a wide divergence of views as to when, where, and by whom the Internet may have been invented.

One response to “Obama: Government Invented The Internet”