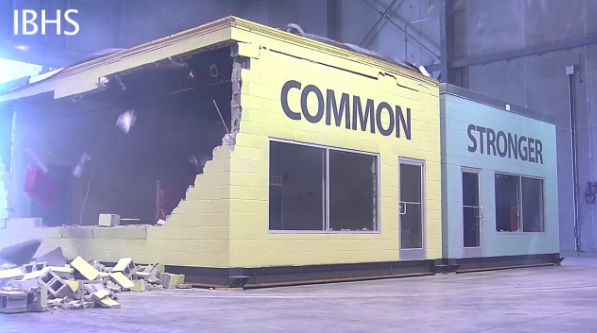 So many times you hear the right rail against government regulations as being too tight, too restrictive and representing too large a burden.  We complain that over regulation leads to less risk taking and can dampen growth and creating of companies, products and jobs.

On the other hand, the left will jump up and point out that we all love clean water, fresh air and safe cars, medicines and food.  Without regulation, the saying goes, evil greedy corporations will just do whatever they want in the name of profit.

I suspect that there’s validity in  not just one side, but both.

Take, for example, the case of the BP oil spill in the gulf a number of years ago.  The government regulates oil rigs and mandates certain safety equipment in order to eliminate or reduce the chance of spills.  However, the government isn’t in a place to be experts in oil rig or deep water drilling technology.  Further, the government agencies are subject to politics, lobbying efforts and corruption.

We saw that very problem with the agency charged with developing those safety standards.

Next, take California.  California requires that every house constructed have a sprinkler system installed.  The argument, “certainly homes are safer.”  But no one knows by how much and if the cost of building more expensive homes is worth the gain.  If taken far enough, government regulations can rise the cost of housing far above what an average person can afford.  The very real world examples of this are the land use restrictions found in cities around the country.

But, back to regulating safety.  Is it radical to suggest that people should decide how safe they want to be?  Or, put another way, can we trust individuals to conduct their own cost/benefit analysis?

If so, I would suggest that private industry competing for customers and profit, would solve the solution the best way.  And that method?

105 powerful fans were aimed at two masonry buildings set up to look like small businesses, or a strip mall. The two buildings took a tremendous beating Tuesday.

The two cinder block buildings look identical on the outside, except for their color.

One building is built with a better roof, including reinforced flashing and stronger materials. It also has more rebar running down the block walls and tied together in the corners.

The other building is constructed in the common way most similar structures are built.

During the first test, 95 mile an hour winds pound both buildings. The commonly built structure loses the flashing and part of the roof.   A second test pumps the winds to above 130 miles an hour.  Within minutes, the outer wall of the common building buckles and falls outward, sending pieces of concrete block everywhere. At the same time, the roof shifts as well.

The reinforced building has no visible damage except for a broken front picture window where a two-by-four was shot out of a cannon to simulate flying debris in a storm.

Advanced techniques, both in building and then in testing were undertaken to determine how best to design and construct a stronger more tolerant building in the face of severe weather.

And who conducted this test?  Government regulators?  Not at all:

Julie Rochman heads the Insurance Institute for Business and Home Safety.  Funded by a large group of insurance companies, the group runs a test facility unlike any other in the world.

The implications of this test?

A large crowd of reporters, photographers and insurance and building executives were on hand to watch the power-packed artificial storm.

One of them, Mark Pizzi, is president of Nationwide Insurance.  He flew in from Ohio for the event.  Pizzi said twenty-five percent of small businesses destroyed in a disaster never reopen.

He hopes this test can change that down the road.

“I look at it this way. This test today is about business, staying in business,” he said.

And as a result, the industry advanced the methods of construction and did so in a way that makes sense:

Rochman said the better roofing materials on one of the test buildings only cost about $150. The whole building, which survived the powerful winds virtually intact, cost only $3,000 more to build.

And the whole reason is profit.  The endless desire to make more money.  On one hand, insurance companies now have a better way to conduct risk analysis on the buildings they insure.  Those that are unsafe will be charged a higher rate, those that are built to the new suggestions; a cheaper rate.  But more than that, the insurance companies hope to save money directly:

Rochman told Channel 9 that the education coming out of these tests is having a strong influence on the construction and insurance industry.  The goal, she said, is to prevent loss.

It turns out that insurance companies don’t like the buildings they insure to blow away in the wind.