Voter ID Laws And Shoes And Other Foots 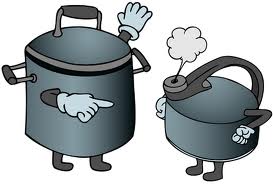 Today North Carolina voted on “Amendment One”.  This is the constitutional amendment that would define marriage as the union between one man and one woman.  It bans gay marriage.  In fact, some feel that the amendment is written such that it bans civil unions between men and women as well.  I’m not so sure about that, but it’s possible.

It involves primary voting, age and fraud.  All the best election night news.

See, North Carolina allows kids who are 17 now but will be 18 on the day of the general election to vote for primary candidates.

And how do we know if an individual is 17 or 18 on primary election day?

Oh my, I may have the vapors!

So, it turns out that during today’s election which included Amendment One, there may have been voter fraud:

All, we’re getting reports here in Chapel Hill, Carrboro and Raleigh (which are base areas for us, e.g. anti-Amendment 1) of precincts handing out INCORRECT ballots. In North Carolina, 17-year-olds can vote in the statewide primary (e.g., for governor, etc.) if they turn 18 by November 6th. However, they CANNOT vote on Amendment 1 in this primary — they can only vote for candidates — therefore they are being handed ballots WITHOUT Amendment 1. That is proper election procedure.

The problem is, the reports we are getting are that people OVER 17 are also being handed these ballots WITHOUT Amendment 1 in what would normally be heavily anti-Amendment 1 precincts (Carrboro, Chapel Hill, Raleigh).

Huh!  When proof of identity and age is required that would favor a favored liberal cause, all of a sudden we care about election fraud.  Imagine how voter ID laws could solve this problem!

Oh, one more thing, if fraud is so prevalent in THIS case why wouldn’t it be in other cases that differ from this one by simply being a favored conservative cause?