Of Things Women And Children 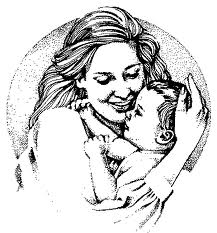 In battle and in ship wrecks the call is the same, “Women and children first.”  We know it.  We expect it.

And this is because we have come to expect that the women and the children are victims of the evils and brutality of the world.  They are innocent and as such, should be spared the atrocities of life.

There are, however, people who fit in the NOT women and children space.  These are people who are not innocent of said atrocities.  Who are actors.  Who willingly participate in the leveling evil and wickedness upon the world.

And it is these people that are dealing with when we discuss “torture.”

I disagree with the use of the word itself, as applied by the left,  of that word.  Of course, we are ALL against torture.  However, the same act at different times in different circumstances and with different individuals may or may not be torture.

For example, capture a buck private and ask him to divulge strategic battle plans and whip him until he tells ya?  Torture.  But keeping a general awake for 40 hours until HE tells you the plans?  Not torture.

And again, the context.  After the good general does tell you the plans and you keep applying techniques for pleasure…..THAT is torture.

These people enter into a battle field.  And they know the consequences of failure.  They are NOT innocent players.  It is an implicit agreement that they enter into.  To not use techniques to gather information is the immoral act, not the other way around.

This entry was posted in Politics: National, Raising Men and tagged Torture. Bookmark the permalink.