The Evils Of Oil Speculation

The price of oil, and perhaps more accurately, gas, has been steadily rising during  the last several months.  All kinds of people have all kinds of reasons for this but one of the common themes has been the impact that oil speculators have on the market.  Many on the left are calling for legislation that would limit the ability of people to speculate on oil:

Experts have been clear: Wall Street speculators are artificially driving up the price at the pump and causing pain to millions of American consumers.

Now others have a different view of the impact that oil speculators play:

But economists and traders cautioned that pushing smaller investors out of markets would only hand greater influence to the largest hedge funds and Wall Street banks. Ultimately, there may not be enough traders left to do business with oil producers and consumers looking to hedge their needs.

So let’s compare.  Let’s take a look at an example of a commodity that prevents speculation and compare it to oil.

I recently came across a post at Mark Perry’s Carpe Diem that demonstrated just such an example: 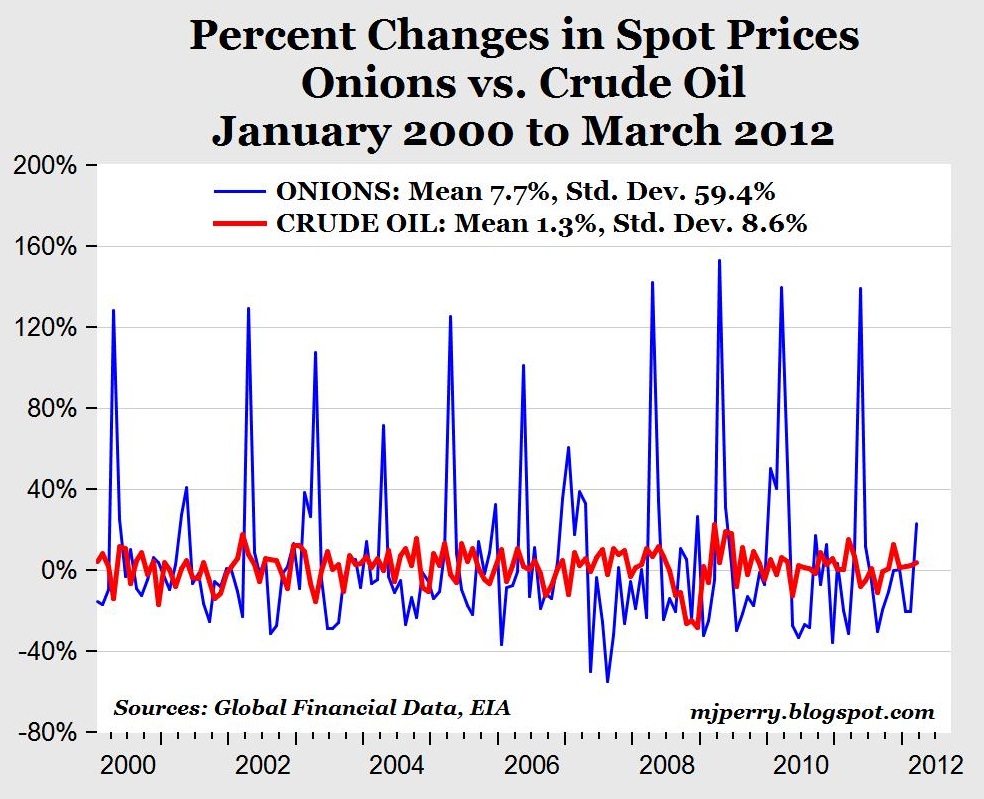 This graph shows us that if we allowed oil to react to market forces in a way that speculators couldn’t impact the price we would see massive fluctuations in the price of oil.  Swings that we wouldn’t wanna see.

Be careful leftists, be very careful.

This entry was posted in Economics, Energy and tagged Oil, Onions, Speculators. Bookmark the permalink.

3 responses to “The Evils Of Oil Speculation”