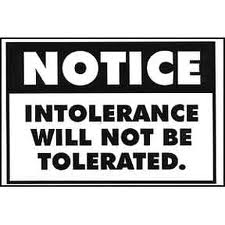 Now there is data:

Liberals are the most likely to have taken each of these steps to block, unfriend, or hide. In all, 28% of liberals have blocked, unfriended, or hidden someone on SNS because of one of these reasons, compared with 16% of conservatives and 14% of moderates.

28% of liberals will block, unfriend or hide someone due to political content.  Conservatives?  Almost half that total; 16%.  And moderates come in at 14%, exactly half.

I’ve had a long history with what I consider “liberals.”  I attended MIT, [for those that know me the “M” stands for Minnesota, the IT is as you would expect] and I openly mocked and derided the “CLA” kids.  CLA standing for College of Liberal Arts.  Even as I held what I now consider to be liberal ideas in college, my encounters with those to the left of me left me scratching my head.

For a group of people who claim to be open minded, I have never encountered a population of people with such insistence that they’re right.  The very idea that they might be wrong is as foreign to them as the idea that mid-evil romantic German folks music isn’t going to result in a well paying career.

You can take the big issues of the day and list them laundry style.  All you get from the left is derision that you aren’t part of the enlightened:

The point is, the left is far more intolerant than the right.  And for as long as I’ve been aware, it’s always been the case.  And I suspect it always will.

12 responses to “The Liberal Left: Open And Tolerant”