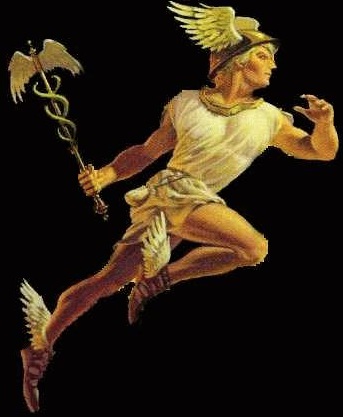 It appears that no fewer than 215 economists have made the same point:

Nevertheless, opponents of the law raise these specters:

•Mandating insurance coverage could lead to requirements affecting basic human needs, such as food and transportation.

A brief submitted by 215 economists argues that food is even more basic to survival than health care and that virtually all Americans use some form of transportation. For that reason, their attorney, Steven Engel, contends, the government could go on to mandate purchases of corn or metro cards.

“Our view is that the health care industry is not so unique,” Engel says. “It is not an economic fact that all people require health care.”

•The insurance mandate could lead to virtually any type of mandate, no matter how unlikely.

In the brief filed on behalf of 26 state governments, former U.S. solicitor general Paul Clement contends that life insurance, burial insurance and flood insurance in flood zones are equally important for Americans to have. He extends the argument to even more basic needs.

“The same kind of cost-shifting is just as inevitable in markets for basic necessities such as food and clothing,” his brief states. “The federal government spends billions of dollars feeding the hungry, clothing the poor and sheltering the homeless.”

•Buying health insurance could become a basic requirement of living in the United States.

While the government can compel military service, jury duty and taxation, those are the costs of citizenship, opponents of the law argue. Health insurance premiums, by contrast, would be owed not to the government but to private companies.

“It’s contrary to the notion that the federal government is a government of limited powers,” says Paul Orfanedes, the lawyer for Judicial Watch, a conservative watchdog group that raised the Chevy Volt argument. “At some point, everybody in the country is going to require some type of transportation.”

This explicitly validates two of my main arguments against the mandate.

Watch for the counter-argument to be the fact that failing to purchase health insurance will result in the passing of additional costs on to others.  This would make health insurance different than ping pong table insurance, for example.  However, it would not make it unique in that blueberries are one of the healthiest foods available and a regular diet of them is sure to make most people generally healthier.  Further, the “passed on costs” could simply be averted by revoking the law that hospitals be forced to treat people at government expense.

One response to “Health Care Mandate: Where Does It End”