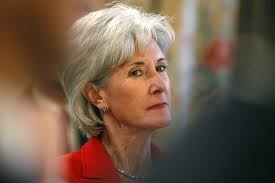 The latest from Washington via Texas:

The federal government will stop funding a Texas health program that serves 130,000 low-income women because of a state law that bars abortion-affiliated clinics from getting public money, a top U.S. health official said Friday.

The federal money, which covers 90 percent of the state’s $40 million program, will be phased out between May and September because the law violates federal regulations requiring that women have a choice in medical care, Health and Human Services Secretary Kathleen Sebelius said during a trip to Houston. That means the Women’s Health Program will join a long list of programs nationwide on the chopping block because of their affiliations with Planned Parenthood or other groups that offer abortions.

Kathleen Sebelius is prepared to block $36 million in aid to women’s clinics in Texas based solely on the fact that Texas doesn’t support government funded abortions.  Kathleen is willing to allow Texas women to suffer because of her view on abortion.  Forget the fact that the money could be used to provide critical services to women that might not otherwise have access to them.  Forget that the REAL goal of this service is to keep women healthy.

Sadly, Kathleen is playing political hack.  And letting partisan dogma get in the way of serving millions of women in Texas.

This entry was posted in Liberty, National and tagged Kathleen Sebelius, Texas. Bookmark the permalink.

27 responses to “Liberals Love Abortion More Than They Love Women”