The Price Of Gas: What Can We Do 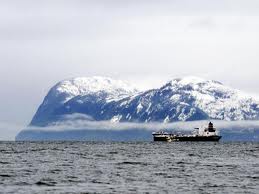 Obama is faced with rising gasoline prices.  And as we head into an election year he is going to be asked what he’s gonna do about it.  His answer, I suspect, is that there is little a President can do to influence the price of gasoline.  The market dictates the price and that market is fed by the forces of supply and demand.

And, because it IS an election year, he’s going to demonize the “oil speculators” and claim that they are getting rich while the middle class is getting hammered.  Count on it.

But is that the real story?  Is it fair to let Obama skate on this issue so easily?

For example, it wasn’t but 3-4 years ago that he was raging against drilling in ANWR.  He was claiming that oil from ANWR wouldn’t be available for 7-10 years.  Well, if you go back, in 2005 then Senator Obama voted to lock down ANWR and prevent drilling there.  If we HAD drilled, the oil from the region could be flowing to the United States right now.  Outside estimates put it as 2015.

Same with drilling in the gulf.  Or off of Florida.  Or off of California.  Or anywhere else the federal government has a say.

So, back to the recent price spike.  We’re seeing oil rise because of the instability of Iran.  That nation has threatened to cut off the supply of oil through the Straits of  Hormuz.  And the percentage of oil moving through that channel?  20%  17 million barrels a day.

The secret to stabilizing the price of oil, and then gasoline, is to reduce the amount of oil that comes from unstable regions of the world.

7 responses to “The Price Of Gas: What Can We Do”