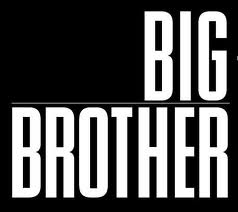 The recent uproar has been centered on the government requiring all insurance polices to cover women’s preventative health care.  Such care includes contraceptives, wellness checks, day after remedies and other services.  Unlike other conservatives, I don’t object to this over reach due to my moral inclination towards birth control.  Or even the Plan B medication.  Rather I object to this government mandate on other grounds, namely that we are a free society and capital “O” Ought to be able to chose for ourselves what we purchase.

A favorite method of mine is to engage in thought experiments.  To take the reality and apply it to what might be true if….  Granted, this method is lacking in scientific rigor but it can be useful to conceptualize your thoughts.

Almost always I use examples that push the envelope of reality; they aren’t meant to be real cases but rather a “what if” scenario.

But today we find that my silly example might actually have legs:

A mother in Hoke County complains her daughter was forced to eat a school lunch because a government inspector determined her home-made lunch did not meet nutrition requirements.

The mother, who doesn’t wish to be identified at this time, says she made her daughter a lunch that contained a turkey and cheese sandwich, a banana, apple juice and potato chips. A state inspector assessing the pre-K program at the school said the girl also needed a vegetable, so the inspector ordered a full school lunch tray for her. While the four-year-old was still allowed to eat her home lunch, the girl was forced to take a helping of chicken nuggets, milk, a fruit and a vegetable to supplement her sack lunch.

Here we have government deciding that a lunch packed by a child’s mother isn’t sufficient.  The lunch if “supplemented” by said government and the cost added to the bill.

I ask, in open and honest earnest style, is there a limit to government intervention?