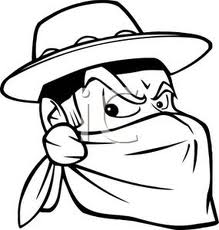 It doesn’t matter who’s doin’ the takin’.  If your property is being confiscated even as you grow it, you are going to either quit working so hard to make more property, hide that property better or move to a place where that property won’t be confiscated.

The fact that the government is taking that property doesn’t matter; at some point people just reach a limit and slow down.

So what happens when the confiscation stops?  Growth occurs.  Witness Michigan.

For years and years Michigan was one of the worst performing states in the nation.  Plunging revenues, increased commitments to entitlement programs resulted in bigger cuts to services.  The state was a mess and it was only getting worse.  Year after depressing year.

Until something changed.  In 2012 Michigan is going to see a surplus:

…the state that experienced an economic downturn earlier, deeper and longer than most of the rest of the country has made an unlikely discovery as its officials closed out its latest financial books: Michigan has a $457 million surplus.

Is it any surprise that this change in circumstance is the result of a new Republican governor?

Mr. Nixon attributed the improved state budget outlook to the state’s broader economic uptick, but also, in part, to tax and policy changes Governor Snyder pressed. The state replaced a business tax with a corporate income tax that is expected to save businesses $1.5 billion a year, though that change did not take effect until January.

And what did the good governor do that has worked such magic?

To make up lost dollars, lawmakers agreed to tax public workers’ pensions, reduce the state’s Earned Income Tax Credit for the working poor, and remove or reduce other tax exemptions and deductions…

Michigan cut corporate taxes and increased the tax base by removing tax credits and exemptions.  This is what conservatives need to focus on, this is what we need to champion and this is what will beat Obama in 2012.

2 responses to “Michigan Tax Policy: Reducing Rates Expanding The Base”