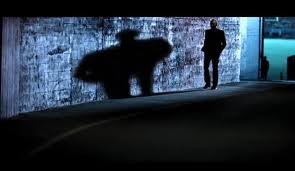 The general concept of the whole American’ auto industry is based on the flawed assumption that all cars must be made in De’troilet.  If a car isn’t made in Motor City, and made by one of the Big 3, well, then, the industry doesn’t seem to count it.

Next is the misguided idea that if De’troilet fails, the “auto-industry” fails.  Again, not true.  There are many car companies that manufacture cars in America not named Ford, GM or Chrysler.  Further, there is the idea that if GM “failed” the assets would simply disappear.  Nothing could be further from the truth.  Those assets would have been purchased and put to better use by another management team.

One of the most striking misdirections of the ad is to let us think that whatever intervention happened somehow injected the company with the needed energy to cause this comeback.  It didn’t.  What is allowing the comeback is the fact that the auto manufacturers are now able to hire workers in a two-tier wage scale.  Entry level workers are now being hired at $14.00 an hour.  This is bringing the labor component of a vehicle in line with other companies.

Last, we’re left with the idea of an American dream restored.  That cars are made in America, made in Detroit, by American companies.  The ad fails to mention that even with billions of dollars in bailouts, Chrysler DID fail.  They DID go through bankruptcy and are now owned by Fiat; a foreign firm.  And just as we all predicted, the failed Chrysler assets were put to better use by a better management team.

Anyway, as great as the ad was, and it was, this one is more accurate:

2 responses to “Halftime In America: Another Take”