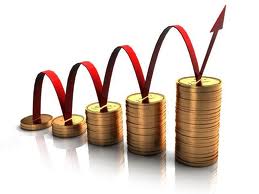 Romney is wealthy; hell, he is loaded.  And I think it’s gonna present him some problems:

It seems that this lack of any real financial struggle has made Romney tone-deaf in what he says about people and money. This fault is Romney’s veritable Achilles heel.

Romney has to acknowledge and accept that this charge will be leveled against him.  He has to be prepared for it, plan for it and practice for it.  I think he will.  And there is plenty of good reason for him to defend himself and his occupation:

…the direct employment losses that result from private-equity deals are not as large as critics claim: on average employment declines by only 1% two years after a buy-out, once the jobs created at new facilities are counted. Such shifts in employment are part of the creative destruction that invigorates the economy, and if private equity hurries the process along, that is all to the good. The evidence suggests that it does. Private-equity buy-outs tend to increase productivity—by around 2%, on average, according to one academic study. If firms become more efficient, the economy works better. Resources will be reallocated where they can better be used.

Romney needs to embrace the free market capitalism that Obama attacks.  Romney need to accept the label of capitalist and instead, turn it around and label Obama as the statist that he he is.

There is no shame in taking a corporation that’s struggling and turning it around by, in part, trimming the work force only to hire more productive and able staff in the near future.

Romney needs to celebrate this, not hide from this.