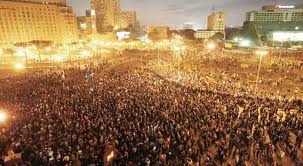 As the United States focuses on South Carolina, the world carries on.  I wonder, exactly, if this is what everyone wanted to happen in Egypt:

CAIRO — Egyptian authorities confirmed Saturday that a political coalition dominated by the Muslim Brotherhood, the 84-year-old group that virtually invented political Islam, had won about 47 percent of the seats in the first Parliament elected since the ouster of Hosni Mubarak. An alliance of ultraconservative Islamists won the next largest share of seats, about 25 percent.

Interesting times to say the least.